Hybrid techniques such as an L5–S1 fusion to treat more advanced spondylosis and an L4–L5 disk replacement can be performed. Each patient and each level should be individualized for artificial disk replacement (ADR) versus other surgical procedures as clincically indicated.

Key Steps of the Procedure

The patient is placed supine on a radiolucent table. The arms and legs should be positioned to allow unobstructed access for both the surgical staff as well as the image intensifier.

Under fluoroscopic guidance, the skin is marked at the level of interest. The patient is positioned with the lumbar spine in a neutral position. The spinous process should be equidistant from both pedicles. All levels proximal to L5–S1 are approached by a left paramedian approach; a right paramedian approach should be used for access in a single level L5–S1 approach. L5–S1 multilevel cases are approached from the left side. A standard transverse incision can be used in most cases; however, a vertical incision can be used to approach the L5–S1 disk space as well (Fig. 22.1). Either a transperitoneal or retroperitoneal approach can be used. The anterior rectus fascia is identified and incised close to midline. After mobilization of the rectus muscle, the posterior rectus sheath as well as the semilunar line of Douglas is visualized. The retroperitoneal space is then developed by sweeping the peritoneum in a lateral to medial direction off the psoas. The peritoneum and ureter are then bluntly dissected off the psoas, identifying the iliac vessels. A self-retaining retractor can then be used to hold the exposure. Middle sacral vessels are divided to complete the exposure. Exposure of the L5–S1 region is fairly straightforward; this disk space can be approached between the bifurcation of the aorta and inferior vena cava into the common iliacs (Fig. 22.2). The approach to the L4–L5 disk space involves retraction of the aorta and inferior vena cava (IVC) to the right and frequently requires ligation of the iliolumbar vein at L5 and the segmental vessels. Care must be taken not to disrupt the left L5 nerve root, which is in close proximity to the ascending lumbar vein. 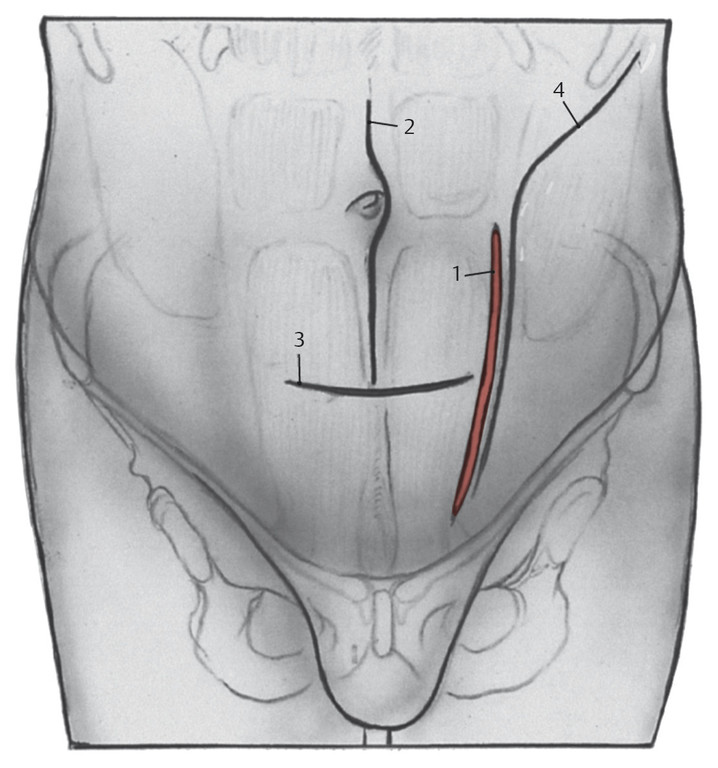 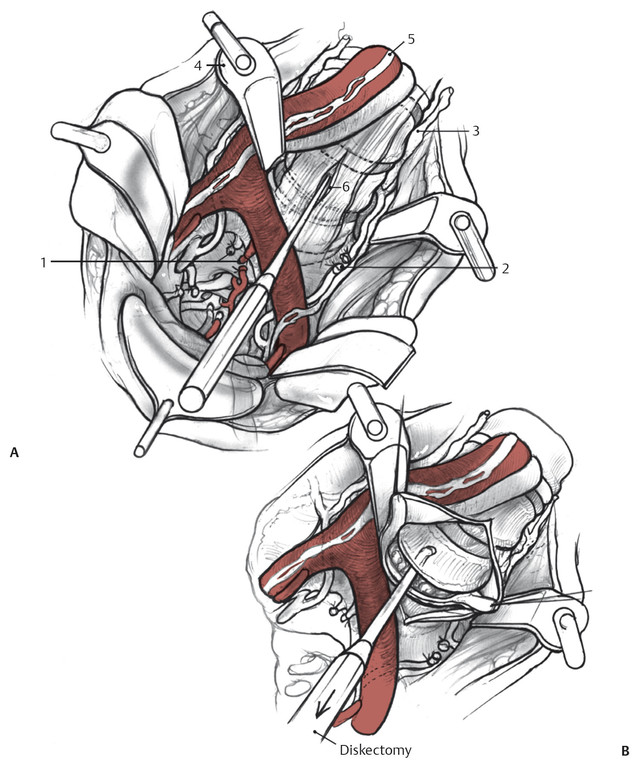 Fig. 22.2 Exposure of the disk space via a midline approach. Retracted aorta and superior hypogastric plexuses are shown. 1. The middle sacral artery and vein may be ligated. 2. The ascending iliolumbar vein is ligated at the L5 level. 3. The sympathetic ganglia are identified and spared. 4. The great vessels are retracted to the patient’s right side including the aorta and inferior vena cava. 5. The superior hypogastric plexus is identified and spared. 6. The incision of the anterior longitudinal ligament is as shown with a #11 or #15 blade.

An alternative to the retroperitoneal approach is the transperitoneal route. This is done by making a paramedian incision in the rectus muscle and retracting it laterally. The peritoneum is then incised and the abdominal cavity can be explored. It is important to keep the patient in the Trendelenberg position to maintain the abdominal contents out of the operative field. A lap sponge can be used to sweep away the bowel until the posterior peritoneum is encountered, then a longitudinal incision can be made through it. Care should be taken to identify the ureters.

No matter which approach the surgeon chooses, the correct level should be verified under image intensification. Pedicles should be equidistant from the spinous process on imaging; this ensures proper centering of the implant. Annular flaps are created to protect surrounding tissues. Using an endplate elevator, cartilaginous components are removed from bony endplates. Care is taken not to damage the bony endplates. Maneuvers to preserve integrity of subchondral osseous plates include not applying too much pressure when using the rasps and curettes as well as stopping when significant bleeding is encountered signifying entry into the cancellous portion of the vertebral body. Interspace distractors are inserted to mobilize the segment. Image intensification is used to ensure proper positioning of the endplate spreader. If the spreader is placed too anteriorly, damage to the endplates could occur. Decompression is then performed laterally and medially. If extruded disk fragments need to be excised, removal of the posterior longitudinal ligament is warranted.

Trial implants should be aligned to the midline (Fig. 22.3). Insertion is performed under image intensification. If the implant is loose, select the next highest size. Endplates should just lightly secure the implant. Select the smallest sized implant possible that provides a snug fit (Fig. 22.4, Fig. 22.5). 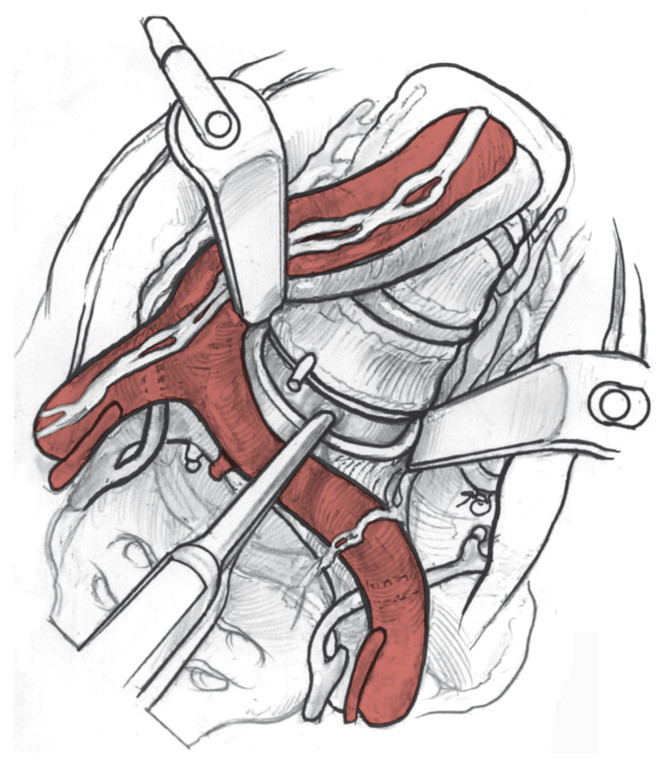 Fig. 22.3 A trial spacer is inserted within the disk space and fluoroscopic images are obtained to verify disk height and for measurement of the appropriate-sized implant. 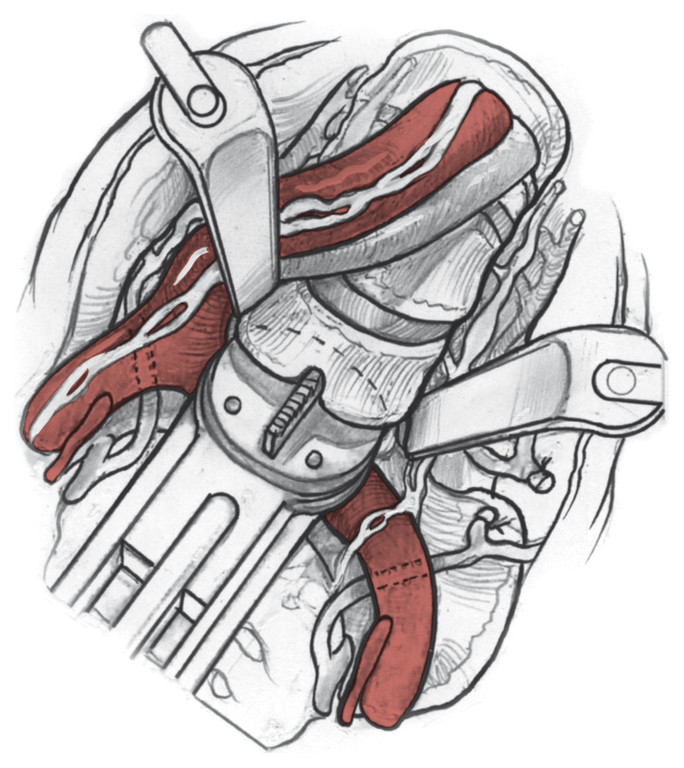 Fig. 22.4 After adequate endplate preparation, the artificial disk implant is then inserted. Some endplates may be notched and require further appropriate vertebral preparation. 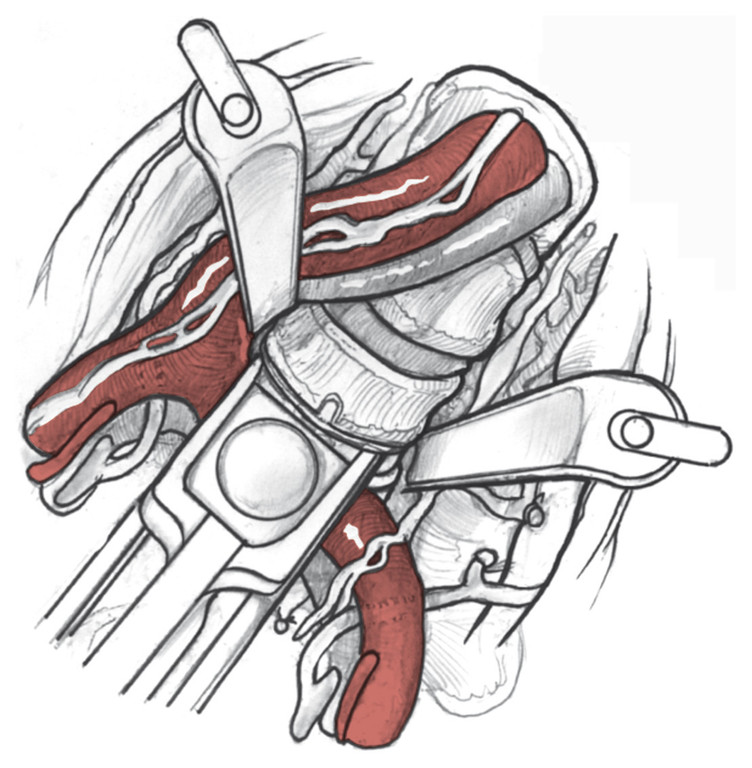 Fig. 22.5 Another implant is shown with inserter driving the implant through the disk space.

When performing multisegment surgery, each segment is addressed separately. Segments with the most severe collapse should be addressed first as this will affect sizing at adjacent levels. In multilevel cases, the most distal and most proximal levels should be addressed first and the central disks addressed last if there is any question of disk mobilization to increase ease of insertion. In cases of moderate to severe disk height collapse, the David parallel distractor (Depuy Spine, Raynham, MA) is especially useful in the remobilization of the interspace.

There are several artificial disks on the market consisting of metal-on-metal or metal-on–polymer. Four common ones are listed below:

Major risks during the approach include injury to the